This year 5th class put together an original Christmas Play called ‘Xmas Factor 2022’. The children auditioned for various roles at the end of November and began rehearsing the first week in December.

The children had great ownership in the production side of the show by writing the script, choosing costumes, creating dance routines, designing artwork and more. Mr Keane & Mr Keogh are very proud of the work that all the kids put into making the show.

On Thursday 15th December, parents were invited in to watch a performance of the show in the school hall which was a great success.

We would like to thank all parents for attending and helping out with organising costumes for the show. We hope you had as much fun watching as we did performing.

We hope you all had a safe and happy Christmas. 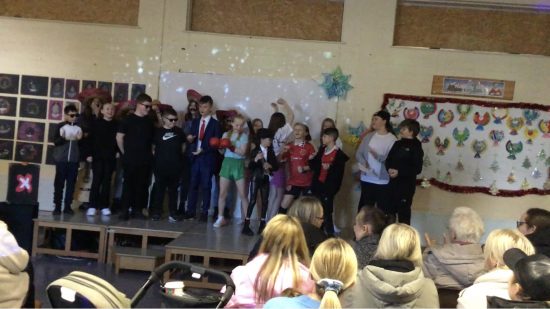 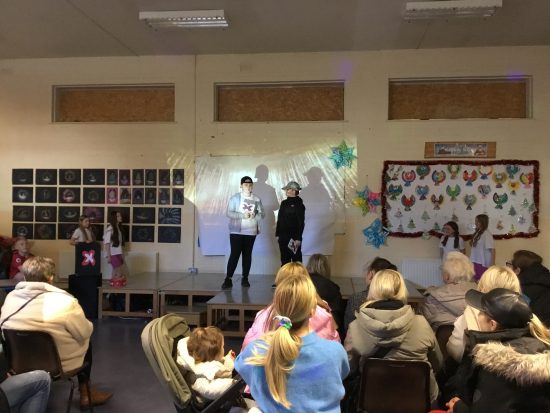 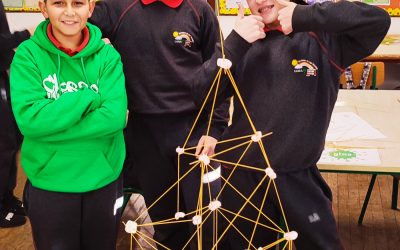 6th Class worked in groups to build the tallest tower with spaghetti and marshmallows. They had lots of fun and created some pretty impressive structures! 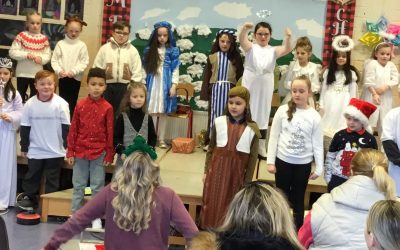 First Class had a wonderfully busy December. We really enjoyed learning the many songs and practicing our lines for our play, The Sleepy Shepherd. We performed our play for classes within the school in the build up to our big performance for our families. The children... 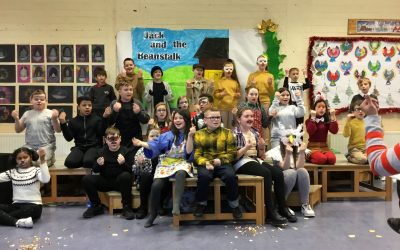 4th Class decided this year to do Roald Dahl's Jack and the Beanstalk for their Christmas play. We started the learning the songs in early November and put a lot of time into learning them along with the script. The acting was phenomenal during the auditions and Ms...

Manage Cookie Consent
To provide the best experiences, we use technologies like cookies to store and/or access device information. Consenting to these technologies will allow us to process data such as browsing behavior or unique IDs on this site. Not consenting or withdrawing consent, may adversely affect certain features and functions.
Manage options Manage services Manage vendors Read more about these purposes
View preferences
{title} {title} {title}